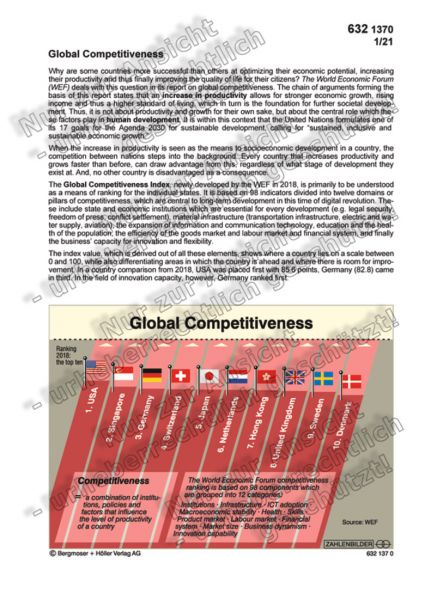 Corruption in the public space has many faces: bribery of civil servants, payment of bribe money for contract tenders, purchased permits or exemptions, favours for party fellows, embezzlement of donations, exploitation of insider information, appropriation of public financial assets by the political elites, rewarding former mandate holders with prestigious positions in the private economy, etc. In all cases it is an abuse of public power for personal gain. The general public are the ones to foot the bill for this. Where corruption rules, the administration and politics lose dependability and predictability and thus also trust: public resources are diverted into false hands, competition is biased, networks of personal dependency take the place of rational decision-making and the rules of the exercise of power are suspended for single beneficiaries.

In many poorer regions of the world, but not only there, corruption finds fertile ground. This unsatisfactory state of affairs, in which services or favours from public institutions need to be paid for with bribes on a daily basis, is widespread. Corruption rages nearly untethered in “broken states” in which the public functions have broken down. Thus, especially the populations in the poorest countries are suffering under corrupt practices in politics, justice and public administration. In the more prosperous countries corruption is more commonly found in the relations between economy and politics.

How strongly countries are affected by the corruption virus is shown in the corruption index, published regularly by Transparency International. The index surveys the citizens’ views on corruption in the public sector as these are reflected in the evaluations of business persons and analysts. For every country there exist at least three such studies from which the index value is subsequently extrapolated. This value ranges somewhere between 100 (= corruption free) and 0 (= highly corrupt). In 2018, four-fifths of the 180 countries which were indexed had an index value below 60 and were therefore considered especially vulnerable to corruption. Corruption reached extreme dimensions in conflict-ridden countries like Somalia, Syria, Sudan and Yemen. On the other hand, countries like Denmark, New Zealand and Finland had mostly clean values. Germany placed 10th (rated at a value of 80). After prolonged hesitation, the German federal government ratified the UN Convention against Corruption at the end of 2014. The EU gives a mixed result with seven countries in the top group and, on the other hand, twelve EU members below the 60 point threshold.